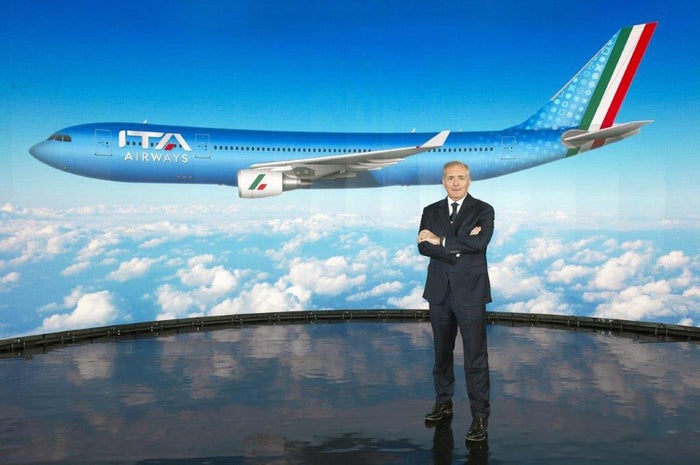 The new state-owned flag carrier of Italy hopes to join the SkyTeam alliance in place of its predecessor, Alitalia.

The times they are a-changin’ for Italy’s national aviation industry. The previous flag carrier, Alitalia, ended its 74-year business history recently with an acquisition from ITA airways. The 90-million-euro deal came after a spate of protests and strikes ran the financially troubled Alitalia into the ground. “Discontinuity doesn’t mean denying the past, but evolving to keep up with the times”, stated ITA president Alfredo Altavilla. Confident words, and ITA seems keen to cement their new place as Italy’s national airline, through a spot on the SkyTeam Alliance roster. The writing has been on the wall in terms of this move for a while – with ITA’s chief executive officer, Fabio Lazzerini stating back in August how “the world of airlines is a world of alliances.”

With Alitalia’s final flight touching down last Thursday, ITA are certainly moving quickly to implement business as usual. Not only did the airline acquire the name, and rights, to Alitalia’s website – but also much of the corporations operational entities (while also dodging their hefty pile of debt.) Now ITA want Alitalia’s spot on SkyTeam, but it won’t be as easy as simply taking an empty space. ITA will have to negotiate a position from scratch with SkyTeam – who also count major airlines such as Air France, KLM and Delta as part of their alliance. “I am open to negotiate with everyone” states Altavilla. Potentially calling for any ‘better offers’ from competition alliances. The airline will not sacrifice its valuable Rome Fiumicino and Milan Linate airport hubs in the interest of pleasing a future partner, however. This negotiating term could prove to be a real stick-in-the-mud for potential partners. With ITA set to operate a network of 44 destinations, 59 routes and 191 flights in total, the airline can no doubt bring a valuable contribution to any alliance that offers it the best deal. It still remains to be seen, however, just how negotiations will play out. ITA may very well take Italy’s gioielli della corona of the skies, to greener pastures.