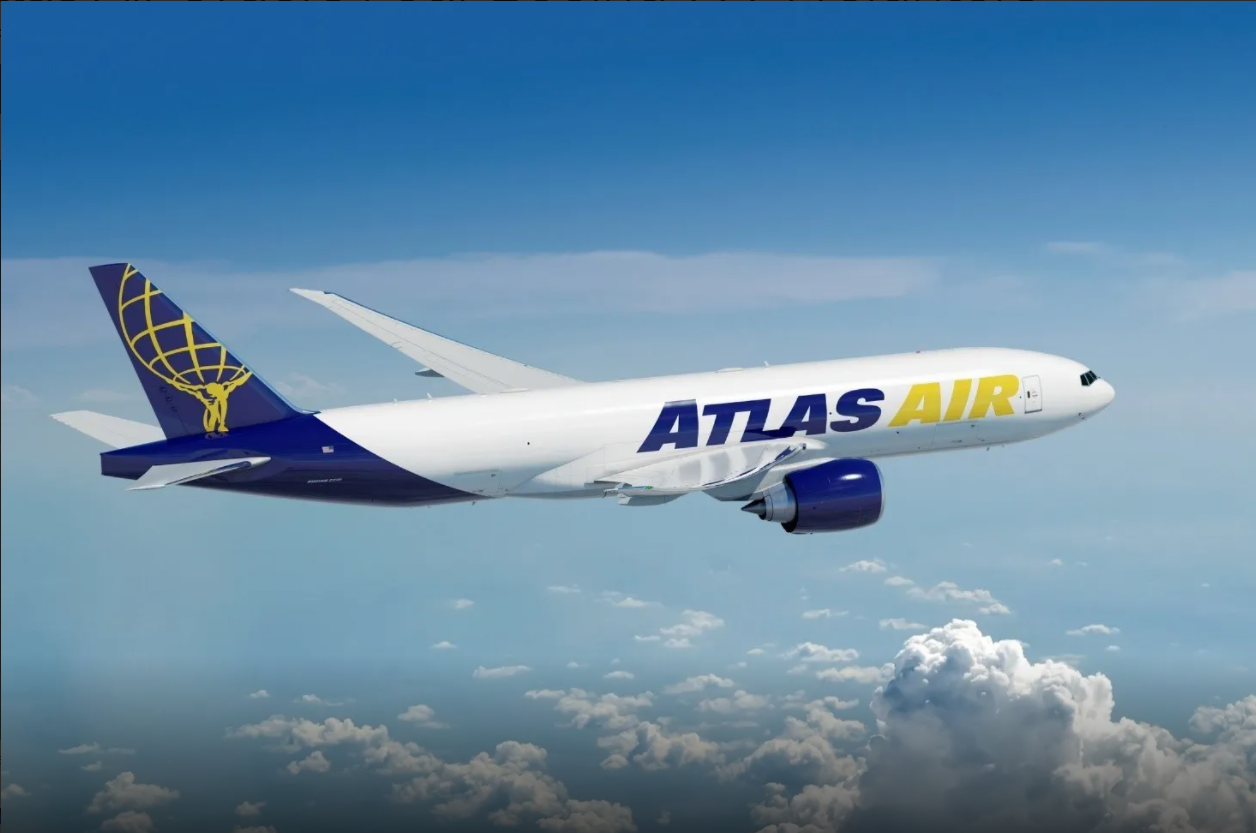 The all-Boeing Atlas Air Worldwide is set to grow its fleet, announcing the purchase of four of the manufacturer’s 777Fs earlier this week. “We are excited to expand our fleet and service offerings for our existing and prospective customers with these four new 777s,” stated the airline’s President, John W. Dietrich. With a maximum revenue payload of 102 tonnes, more 777s can be nothing but good for helping Atlas to cash in on the current boom in the cargo market (despite only arriving in November). Over the course of 2021, and into 2022, the market experienced a huge boost due to increased demand for E-commerce products shipped internationally. Covid really boosted our consumerist habits with lockdown after lockdown, causing people to curb their cabin-fever boredom through buying shiny new toys on the web. Subsequently, cargo carriers like Atlas are rolling in dough, as they tap into this unique business opportunity (doing far better than their commercial cousins I must say!). USP Airlines is another carrier that recently announced a large order for Boeing’s cargo aircraft. The airline is reported to have ordered 19 Boeing 767-300ERs estimated to cost over $4 billion.

With huge investments like that, cargo carriers really are putting their money where their mouths are and going all in to expand their fleets and meet the demand. Dietrich said as much, describing how the new aircraft will help Atlas “capitalise on strong demand for dedicated air freight capacity” – and they’re not stopping with just four. Atlas also has plans to receive four new 747-8Fs this year, rumoured to be the last that Boeing will ever produce. It’s not just dedicated cargo carriers trying to cash in on the E-commerce boom – commercial airliners like Air Canada are utilising previously grounded craft for cargo operations. Air Canada themselves recently sent a 767-300ER that was grounded at the start of the pandemic (due to flagging passenger numbers) over to Israel to convert it to a cargo capacity. Smart move, especially as commercial airlines are currently desperate to either increase passenger numbers or tap into alternative revenue streams to mitigate some of their extensive pandemic losses. This all spells profit for manufacturers like Airbus and Boeing, who themselves have upped production capacity to meet the increased demand for their cargo craft. The recent Atlas Air purchase will be welcomed by Boeing, themselves trailing behind Airbus in the ‘orders war’ after a less than stellar performance last year. That second-place position may be about to change, however, with recent ‘flips’ from previous all-Airbus carriers like Allegiant potentially signalling a change in pace in the two companies’ rivalry. It is just the start of the year, however, and it’s all to play for as we venture into 2022.