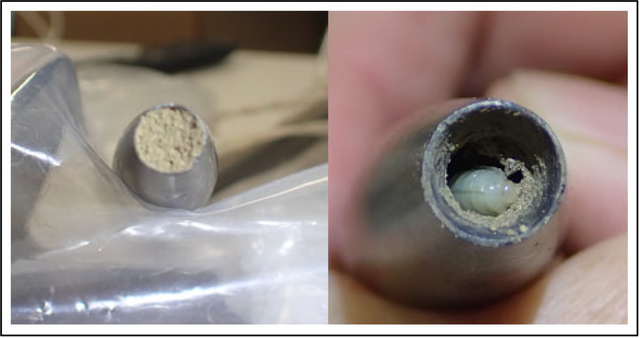 A recent investigation has found that a total of seven commercial aircraft were grounded last summer after suffering wasp and bee infestations.

Bird strike is a fairly rare yet dangerous problem which occurs when hapless birds are sucked into the turbines of an airliner’s engines, causing damage and sometimes failure. While this most often happens mid-flight, it is known to also happen to aircraft on the ground. In a surprising turn of events, however, insects have begun causing flight-grounding problems at Heathrow Airport, causing take-offs to be abandoned for six British Airways flights and one Virgin Galactic. It must say something about the state of cleanliness aboard your standard BA flight for 6 of them to have been infested so badly! A spokesperson for the airline stated how “safety is our first priority, and in each case the flights returned safely to stand.” A good thing, then, that they never left the ground and inadvertently caused a knock-off sequel to Snakes on a Plane – ‘Bees in a Cockpit.’

The issues caused by the invasive insects came about due to their nests blocking speed-measuring pilot probes, causing inaccurate speed readings for the craft. Investigators have warned that this is a “serious hazard” for Heathrow jets, and I don’t blame them. I honestly can’t imagine anything worse than being stuck on a flight with a nest of angry wasps buzzing about the cabin – I’d take a screaming baby any day. The incidents took place over a three-week period, an alarmingly short space of time considering the extreme rarity of such an issue. An investigation carried out by the Air Accidents Investigation Branch concluded that, owing to the reduced noise and activity at airports like Heathrow over the 2021 summer months thanks to our old pal Covid, insect activity had risen rather sharply in the area. Grounded planes provided an attractive opportunity for our winged friends to set up shop in, with no-one thinking to check for nests in the aircraft. What’s more, the branch also warned that the increased insect activity of 2021 could lead to a much “larger number of insects emerging in the spring of 2022,” posing the notable threat of more blockages. While Covid has had an obvious impact on the global aviation industry owing to travel restrictions reducing passenger numbers, I don’t think anyone expected this side-effect of the virus. If infestations start becoming more common this year, passenger confidence may indeed start to drop again when it comes to flying, as absolutely no-one wants angry wasps stinging them on a 6-hour flight. In response to this, the Civil Aviation Authority, Heathrow Airport and affected airlines are taking steps to hopefully eliminate that from becoming a possibility. Aviation firms are to be alerted, probe inspections are to be increased, and surveillance of environmental risks is to be upped, all in an effort to prevent you from waking up with a wasp in your ear on a holiday to Spain.