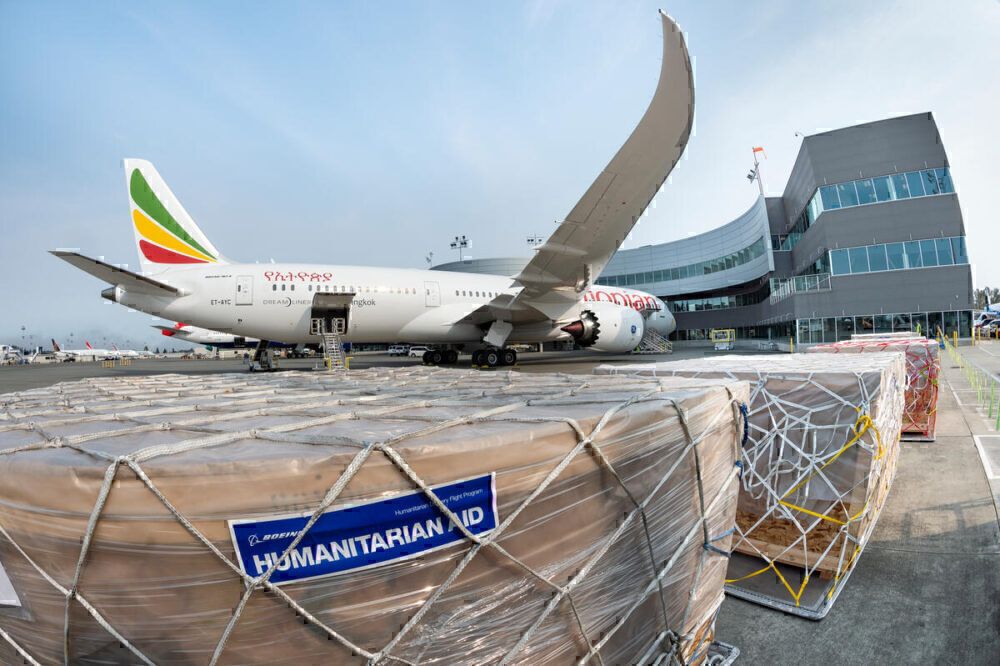 It warms my heart to see how humanity can still come together in unity to face down a crisis, despite the divisive times we are living in. The humanitarian response to the Ukraine crisis has been unprecedented, with governments around the world working in tandem with charities and organizations like the Red Cross to bring supplies to those who need them. Aviation has played a key role in enabling the logistics of these operations, with millions of pounds worth of equipment and supplies being flown into Ukraine and her surrounding friendly countries daily. Commercial airlines, as well as manufacturers, have banded together to provide the aircraft needed to enable such a massive operation – selfless acts which shine against the backdrop of Russia’s invasion. Recently, Ryanair stated their intentions to be “the first airline to return to Ukraine” when the opportunity arises, and until then has been airlifting desperately needed medical supplies into neighbouring Poland – where they’re then transported under armed guard into Ukraine. Chief Executive Officer for the airline, Michael O’Leary stated that “Wherever we can we’re trying to take as much humanitarian business as we can free of charge in the belly of our aircraft.” Following the humanitarian trend, fellow budget airline Wizz Air has also offered 100,000 free tickets to refugees fleeing the crisis, a lifeline to families and individuals just trying to escape the bloodshed. These selfless acts demonstrate not only aviation’s commitment to the humanitarian effort, but also that international corporations in the industry are more than prepared to do their bit to help out.

Boeing is no exception to that rule. Off the back of the push from both Boeing and Airbus to ban support for Russia’s commercial aviation industry, the manufacturer is now committing a further $2 million in aid for the people of Ukraine. “Our thoughts are with all those who have been thrust into the midst of this crisis. While we work to ensure the safety of Boeing employees in the region, our hope is that this assistance package will help deliver some much-needed support to those who are displaced and suffering.” Stated Boeing’s president and CEO Dave Calhoun. The aid package will be aimed at organizations working to bring essentials like food and water to Ukrainian refugees, while also committing to match any donations made by employees looking to aid in the humanitarian effort through the company’s charitable matching programme. It would be so easy for a corporation as large as Boeing to only direct aid to its employees in the region, and still display the badge of general humanitarian aid (and to be honest, that’s exactly what my cynical mind expected of the two largest manufacturers.) Instead, spurred on by that same ‘love thy neighbour’ mentality which has seen an unprecedented humanitarian response to the crisis, Boeing is going the extra mile to offer what support it can. No doubt if the situation escalates any further, it’ll be the international aviation industry and the corporations within it who will be amongst the first to volunteer further support wherever it is needed.