Boeing Doubles Down on Net-Zero Commitment with SAF Purchase Jobs 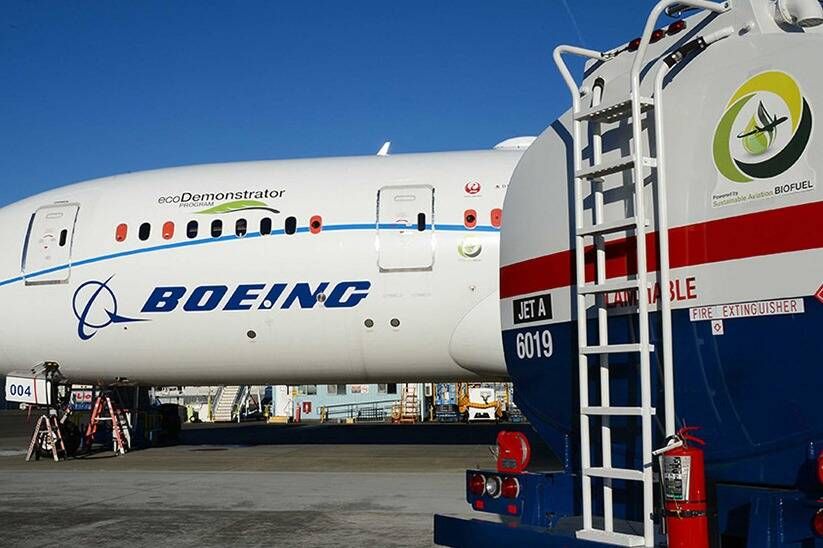 The manufacturer recently purchased 7.5 million litres of Sustainable Aviation Fuel in one of the largest ever single purchases of the fuel.

It’s always good to see large players in the industry taking their environmental pledges seriously. Boeing recently demonstrated their commitment to net-zero by 2050 in their recent 7.5-million-gallon SAF purchase from EPIC Fuels. The fuel will be used to power the manufacturers’ commercial operations in Washington and South Carolina, and sets a very high bar for other net-zero pledged corporations to do the same. The fuel itself is produced by combining inedible agricultural waste with standard jet fuel at a 30/70 split, respectively. That’s still a majority jet fuel mix, which is less than the 50/50 standard for modern commercial SAF usage, unless you want to pay an incredibly expensive premium to run 100% of the fuel on flights. That price comes from the fact that SAF is still expensive to produce, and not enough of it exists at the moment to drive demand cost down. In that regard, Boeing is aiding in solving the issue of low demand/supply, as large purchases like this serve as incentives for growth in the SAF market. EPIC fuels Vice President, Kyle O’Leary stated that “EPIC and Boeing have been partners for decades, and we are honoured to be a part of this procurement. Working together, we are making sustainability more attainable for our customers.”

This procurement is only the latest in a string of environmentally friendly initiatives the manufacturer has been working on recently. Last January, Boeing announced plans to produce commercial aircraft with capabilities to run on 100% SAF by the end of the decade, a huge step in not only growing the SAF market, but also advancing aviation tech in a more sustainable direction.

On the subject of sustainable power, the recent GE collaboration with Boeing looks set to enable flight testing of its hybrid-electric propulsion system – a huge leap in technological advancements which could pave the way to electric commercial jets sometime in the future. It’s clear, then, that Boeing has more to its environmental plan than just SAF. Usage of the fuel, however, is easily one of the quickest and most effective sustainability measures that commercial aviation has at its disposal. Boeing’s sustainability vice-president Sheila Remes recently stated that “Boeing has been a pioneer in making sustainable aviation fuels a reality. Through this agreement, we will reduce our carbon footprint and have SAF available for customer deliveries, as well as our own operations.” I hope to see more procurements and sustainability deals like this one coming through in the near future – frankly, our time on this planet depends on it!