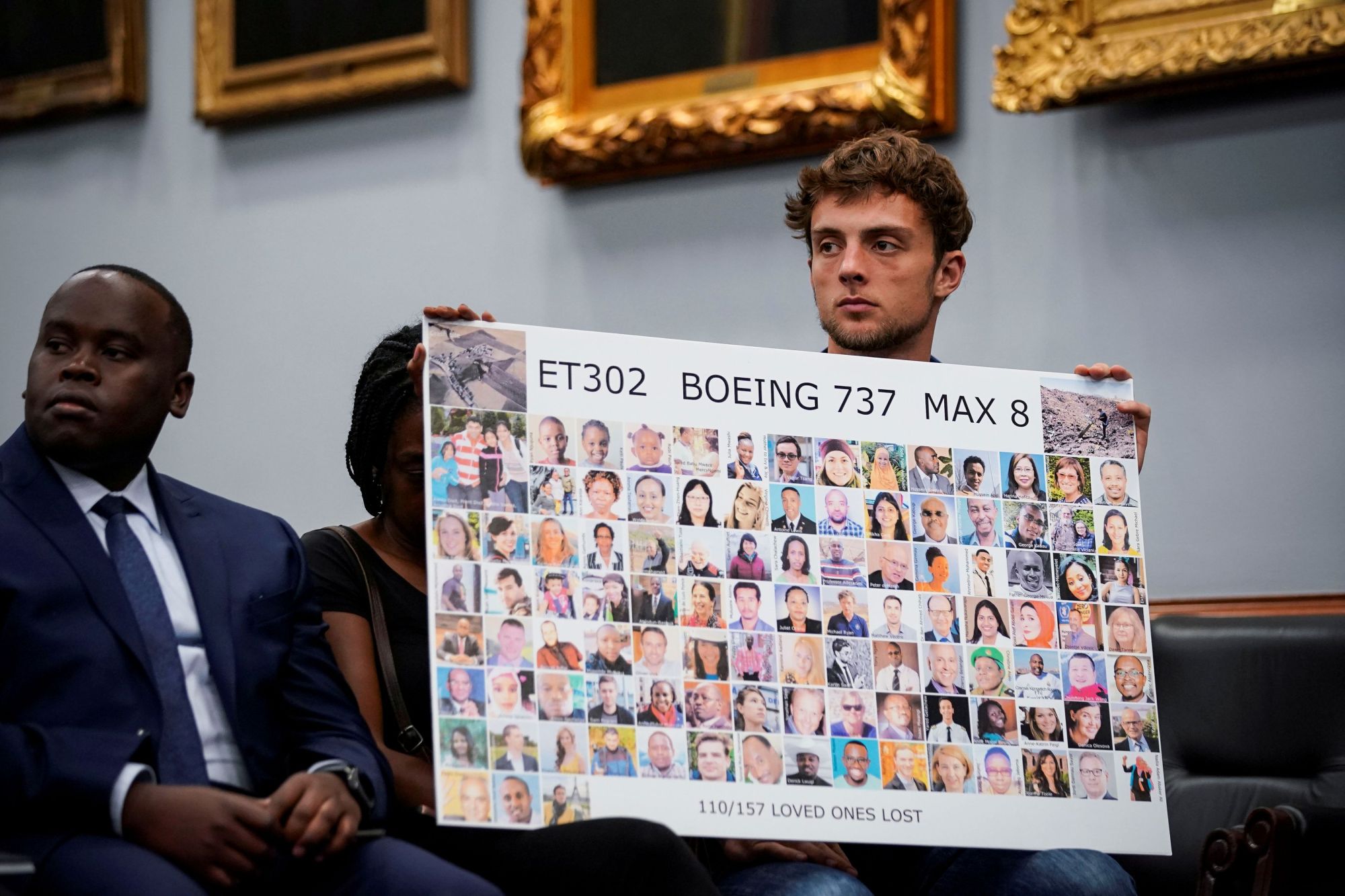 Boeing has accepted liability, after a two-year legal battle, for the 2019 Ethiopian Airlines disaster in a landmark decision.

Airline tragedies are rare, but devastating when they occur. The Ethiopian Airlines 737 crash back at the start of 2019 was no different. It seems strange to think back to a time when I would turn on the news and not hear anything about Covid, but I remember first hearing about the Flight 302 disaster one day in March of that year. The 737 MAX 8 flight, which was scheduled from Addis Ababa Bole International Airport in Ethiopia to Jomo Kenyatta International Airport in Kenya crashed near the town of Bishoftu on March 10th – killing all 157 people on board. As Ethiopia’s deadliest crash, the incident garnered widespread coverage on international news platforms. This wasn’t just owing to the scale of the crash, and death of citizens from 35 different countries, however. It was the second 737 MAX crash within five months, with the Lion Air flight 610 crash taking place in October of 2018. This led to a worldwide grounding of all 737s, pending an investigation by global regulators into how the aircraft was approved to service (back in 2017), and if there was a fault in the design causing the crashes. Now, after a very long two years, Boeing has finally accepted liability for the disaster.

The aftermath of the disaster

Data about the crash was obtained from the on-board black box recording, as well as testimonies from Addis Ababa’s air traffic control tower. One minute into the flight, the first officer reported a ‘flight problem’ to the tower, shortly followed by the aircraft’s Manoeuvring Characteristics Augmentation System (MCAS) activating. The system itself was developed to counter a design feature (or failure) of the MAX, which caused the size and position of the engines to generate thrust capable of involuntarily raising the aircraft’s nose. MCAS was implemented as a cheaper alternative to structural redesign, programmed to engage the horizontal stabilisers and automatically push the aircraft’s nose down when it detected this fault. The activation of MCAS would prove to be fatal on both the Lion Air and Ethiopian Airlines crashes. The system put the Ethiopian 737 into multiple nosedives, necessitating the pilots to disable the craft’s electrical trim tab system. This decision also disabled the MCAS, which would have allowed the pilots to regain control of the craft, if they hadn’t inadvertently kept the engines on full take-off thrust. With the trim-tab disabled, the only way for the pilots to equalise the craft’s horizontal stabilizer was by hand, using a crank. However, with the engines generating strong aerodynamic forces, the pilots simply didn’t have the strength to operate the crank. At three minutes after take-off, the aircraft was now accelerating beyond safety limits and losing altitude. Fearing the worst, the pilots requested permission to return to Addis Ababa, and pulled the craft into a steep eastward turn, with the efforts to pull the plane out of its dive still proving fruitless. At this point, the Captain decided to re-engage the electrical trim system in order to try and return the craft’s horizontal stabilizers to a neutral position. This would have worked, if not for MCAS. The system re-activated, plunging the stricken craft into an even steeper nosedive. Despite frantic attempts to pull back on their yokes, the captain and first officer could do nothing to prevent the plane impacting the ground at 700MPH, six minutes after take-off.

Having two aviation tragedies in the space of 5 months is exceedingly rare, and people were understandably now wary of Boeing’s 737s. The manufacturer tried their hardest to re-assure the world, with CEO Dennis Muilenburg responding to one of Trump’s Twitter rants (remember those?) to emphasise the safety of the craft. Despite this, however, regulatory bodies were unwilling to label the similarities in incidents as just a coincidence. Initially, the Federal Air Authority stated how the 737 was airworthy, but ordered Boeing to implement design changes to the MCAS software. This was due to an initial investigation, which revealed the craft’s onboard computer registering false readings regarding its horizontal position, This had ultimately caused MCAS to force the nose down. These findings demonstrated similarities to the Lion Air crash – a pattern was emerging, and investigators began asking questions. ‘Why were warning lights, which could have alerted the pilots to the MCAS activation, not fitted?’ ‘How could such a ‘well-designed’ system fail twice in the space of five months?’ How thoroughly did Boeing and the FAA vet MCAS?’ Cracks were starting to show in Boeing’s narrative about a safe and secure aircraft programme. Another big reveal came when investigators discovered how Boeing had gained approval from the FAA to omit information about MCAS in its 737 MAX training manual. This information could have easily saved the lives of those onboard the two downed aircraft. For many, this raised questions around why Boeing had seemingly hidden info about the system from its pilots. The FAA seemed to come to Boeing’s defence, with its acting administrator, Daniel Elwell, expressing concerns regarding the decisions of the pilots involved in the crashes. “You don’t pull out a checklist. You memorize it and you are tested on it all the time,” stated Elwell, expressing a wider concern on the seeming over-reliance on automation of modern pilots. Boeing took up this angle, seeming to shift blame onto the pilots, as well as the training provided by Ethiopian Airlines. It really seemed like they didn’t want people talking about MCAS, right? In my opinion, it’s a fairly obvious sign of guilt to not only hide information regarding a system involved in two fatal crashes from the people responsible for flying your panes, but then to blame said people when the system fails. The rest of the world agreed, and Boeing was criticised for its actions after the crash on an international level. To date, the airline has been ordered to pay $2.5 billion over the 737 conspiracy, as well as multiple lawsuits from shareholders regarding unsafe business practices. But money can’t bring back the dead, and hundreds of families have sadly been left grieving at the preventable loss of their loved ones. 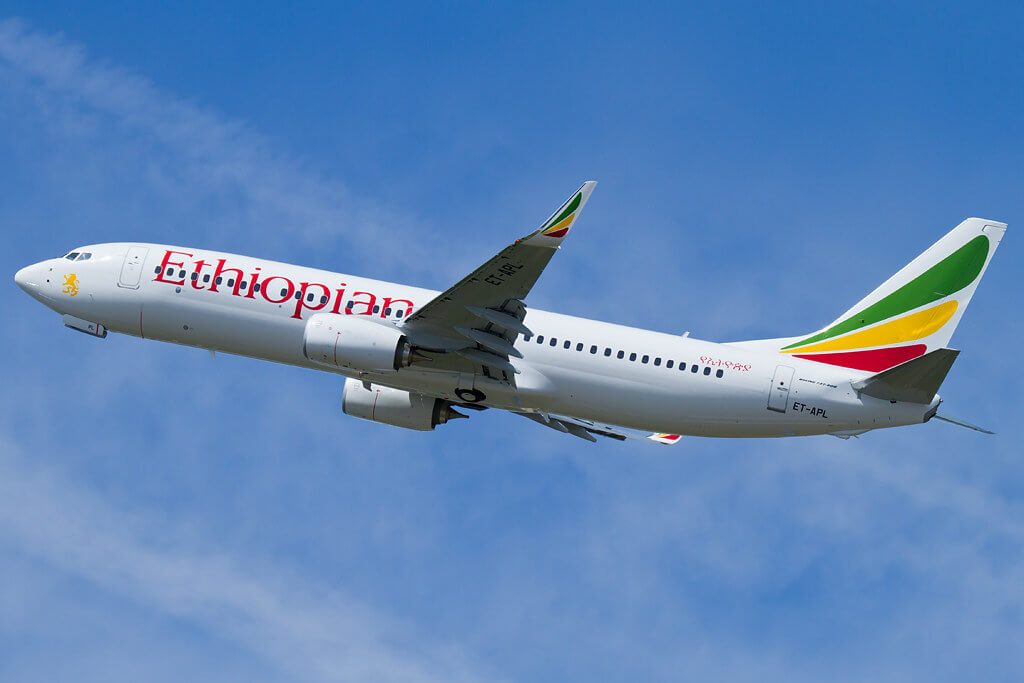 Fast-forward two years, and 737s have been back in the skies for quite a while. “The world may have moved on,” states BBC’s business correspondent Theo Leggett, “but for many of the families of those who died, the grief and sense of loss remains very raw indeed.” I can’t imagine the pain those families must have been through, watching Boeing jump through hoops in multiple efforts to avoid justice. Their struggle is, seemingly, coming to an end though. At a recent court hearing in Chicago, where Boeing is headquartered, the manufacturer has finally reached an agreement with the families of the deceased to accept liability, in exchange for them not seeking punitive damages. “For Boeing, the agreement provides some protection, by removing the possibility of relatives seeking potentially very high punitive damages and by making it unlikely current or former executives will be called to testify in court,” states Leggett. Lawyers representing the families were quick to state how, despite this, the agreement would “ensure they are all treated equitably and eligible to recover full damages” – celebrating the significant milestone in achieving justice. While it may seem like Boeing has a sort of  ‘get out of jail free card’ here, it is important to note how this concession allows for all compensation claims from relatives of the deceased to be made under US law. This means that relatives who may be at a major disadvantage in pursuing said claims owing to their own country’s legal system, are now able to obtain much higher levels of compensation. On top of this, the manufacturer has now admitted that two of its employees did indeed mislead the FAA over the course of the scandal. “Since the accidents, Boeing has made significant changes as a company, and to the design of the 737 MAX, to ensure that accidents like those never happen again,” stated Boeing. It would seem, then, that justice is finally being served against Boeing, after two long years of legal battles, deception, and victim-blaming. While the court case is still far from over, it is very, very encouraging to see the justice system demonstrating a rarity and taking the side of the little man, over the corporation.