Ahhh, the marvels of modern technology. Readers may remember hearing about the uses of 3D printing back in 2019. Back then, researchers at the Carnegie Mellon University in Pittsburgh 3D printed a human heart valve. 3D printing seems to have caught on in many industries since then. Its utility in creating almost anything, as long as users have the right raw materials to hand is unparalleled. The aviation industry has similarly started to adopt the technology. The potential to speed up the manufacturing of parts to be used in the production of aircraft, promises to cut costs as well as time. Markets and Markets released a report back in 2017 containing a forecast for the aerospace 3D printing market. They predicted growth in the space to exceed $3 billion by 2022. This is based off the current demand for lightweight 3D printed parts for aircraft engines. Pratt and Whitney has been making significant strides in this specific production niche. Coming after their announcement of the industrialization of a streamlined process for 3D printing aero-engine components back in 2020. These would be for use in commercial aircraft engine repairs. Back then, the process was a collaborative effort between the team and ST Engineering. It focused solely on the repair and maintenance of already existing aircraft engines. ST Engineering’s senior VP of Kinetics Design and Manufacturing stated at the time how the achievement demonstrated: “our advanced capability to offer a full turnkey manufacturing solution which not only includes production-level 3D printing, but also post processes such as heat treatment and machining.” Impressive, but still a long shot from 3D printing an entire engine.

A futuristic solution to modern warfare

GatorWorks was established in 2018 as a prototyping arm within Pratt and Whitney. The firm focuses on the rapid development of low-cost military engines, such as those used in the mass production of Cruise missiles. With the standard cost of a modern Tomahawk Cruise missile being in the realm of $832,000, one can see the demand for reducing costs. GatorWorks’ objective is to produce engines for military systems like these in half the lead time, and for half the cost of standard procurement cycles. Back in 2018, the president of P&W military engines, Matthew Bromberg, stated how “The standard large engine development cycle is roughly 20 years. Our customers have asked for rapid innovation, technology development, and new product introduction. GatorWorks is the answer.” A confident claim, and one which the firm has apparently been delivering on. Their adoption of 3D printing has indeed lent itself to their aims of faster production and lower costs. GatorWork’s first attempt to 3D print a turbine engine, a TJ-150, didn’t go according to plan, however, with the senior director of the prototyping arm describing the attempt as “terrible.” Despite this, as the old saying goes, ‘if at first you don’t succeed, try, try again’. Learning from past mistakes, GatorWorks have since won multiple contracts to streamline development of high-speed engines. This includes one reported to be worth tens of millions of dollars. On top of this, the team seem confident in their ability to produce a new minimum viable TJ-150 by the end of the year – a production process that if successful, will see the firm producing the engine en masse for international militaries. 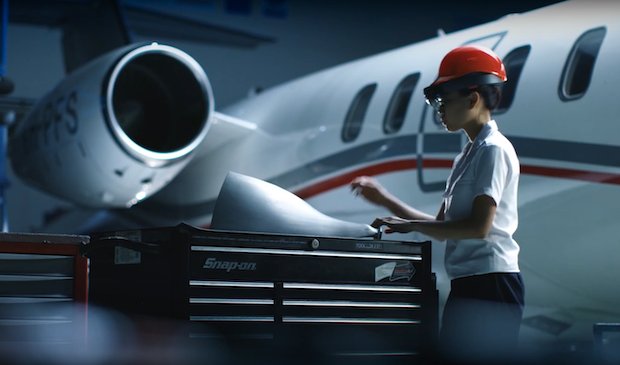 So, why the TJ-150? According to PBS Aerospace’s website, the TJ-150 small jet engine features:

All in all, the engine seems perfect for its intended use in UAVs (Unmanned Aerial Vehicles), and cruise missiles. It is already onboard systems such as the MBDA Spear air to surface missile and the Raytheon Miniature Air-Launched Decoy, both weapons platforms utilised by western militaries. Such a small engine, however, contains a lot of working parts, 400 all in all. Not only does this increase the time it takes to manufacture one of these engines, as well as the cost, but it also means there are 400 different ways for the engine to fail. In combat, a dud air-to-surface missile can mean death for the operator. GatorWorks’ 3D printing offers a solution to this. The production team is looking to cut the number of working engine parts to half a dozen, a process which they say will cut the cost of the engines production by half. This is no easy feat, however, with 3D printing rotating parts for an engine being the most challenging part of the process “because of the high stresses and dynamics those parts experience”, says David Stagney. It’s no secret that modern warfare is rapidly shifting to the mass production and use of drones, long range missiles and UAVs. This shift comes as modern technology reduces the need for pilots to put their own lives at risk. Operators can fulfil the same espionage and long-range strike roles traditionally allocated to jets like the A10 Warthog and the still in use Cold War U-2. UAVs and long-range missiles may eliminate the risk to personnel, but they aren’t exactly cheap, with the standard American Reaper MQ-9 strike drone coming in at $16.9 million. This is an eye-watering amount to be flushed down the drain should one of these craft get spotted and shot down. While the reaper doesn’t use a TJ-150, this should give readers an idea of how much these new military craft cost to manufacture. With tensions between Western superpowers and countries such as Russia and China heating up, the rapid manufacture and reduced cost of these aircraft and missiles is becoming a necessity for competing countries to stay ahead in the modern arms race.

All in all, 3D printing complex objects has been achieved before (note the heart valve at the top of this article). With multiple high profile military contracts on the table, GatorWorks looks set to redefine the military aviation production industry, potentially unlocking new possibilities for the manufacturing of modern military technology.