Home » Commercial » Here, There Were Giants

Here, There Were Giants Jobs 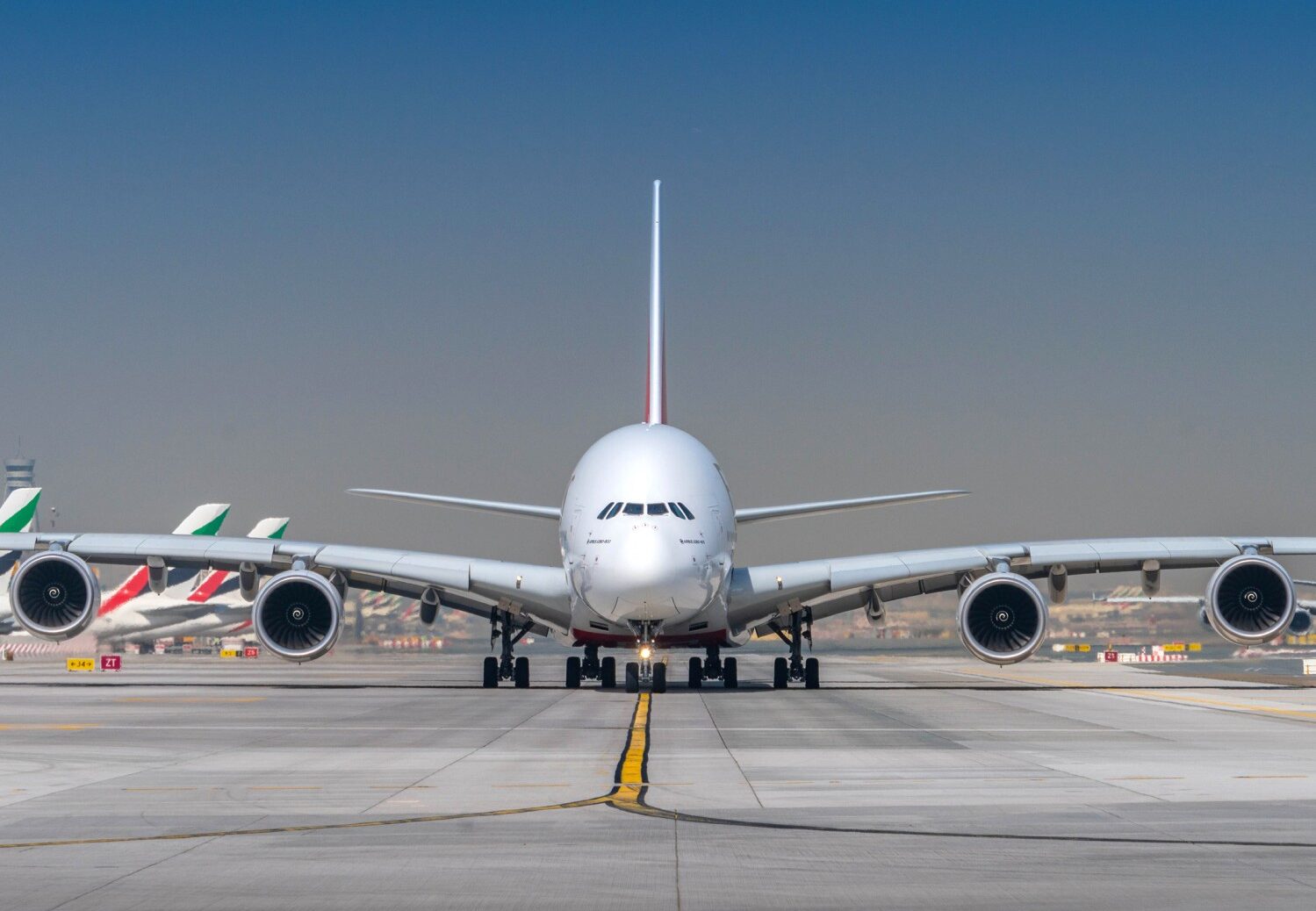 Soon to Become a Rare Sight, the era of the superjumbos is over

The final A380 Superjumbo to ever be constructed has been handed over to Emirates, marking the end of an era for the aviation industry.

The pandemic has brought about many changes for the human race. From teaching us all that we apparently have terrible hygiene practices, to forcing countries to co-operate with each other, Covid has been a game-changer in more ways than one. Another big change brought about by the pandemic involves the international aviation industry. You see, before Covid, the legendary A380 superjumbo was still widely used for long-haul routes by many carriers. Covid changed all that, and over the last few years airlines have been phasing out the superjumbo, in a bid to cut costs, as well as adhere to stricter climate measures disseminated within the industry. By far the most extensive use of the aircraft came from Emirates, with the Dubai-based airline operating several long-haul routes, as well as having an established reputation in regard to its superjumbo fleet. With the aircraft holding the record for the largest passenger jet on the planet, being able to, in theory, carry 853 people cemented the craft’s place in the commercial space when it was first introduced in 2007. Another rather impressive feature of the superjumbo is that, despite its 560-tonne weight, it is apparently rather easy to fly. “It’s remarkably nimble, and it really doesn’t feel like a 600-tonne aircraft,” states Alex Scerri, a former A380 captain.

This design, in theory, would have been perfect for an industry that at the time revolved around main flights between major airport hubs, with passengers then boarding smaller, connecting flights to their final destinations. The size and capacity of the A380 made it perfect for a market such as this, being able to ferry as many people as possible between hubs and therefore reducing the need for more flights, and more congestion. As the last couple of years have taught us, however, things don’t always go to plan. You see, the industry sort of went in the other direction to this standard model when the A380 was introduced. Manufacturers such as Boeing began pumping out smaller twinjet widebodies like the 787-Dreamliner, which proved to be much more economical, less polluting (owing to fuel efficiency), and could fulfil the long-haul requirements previously dominated by the superjumbos. The A380 was therefore stuck in a bit of a nightmare situation, being costly to run and not as efficient as the latest tech widebodies made it almost semi-redundant just as it hit the market, making it a hard craft to sell for manufacturer Airbus. 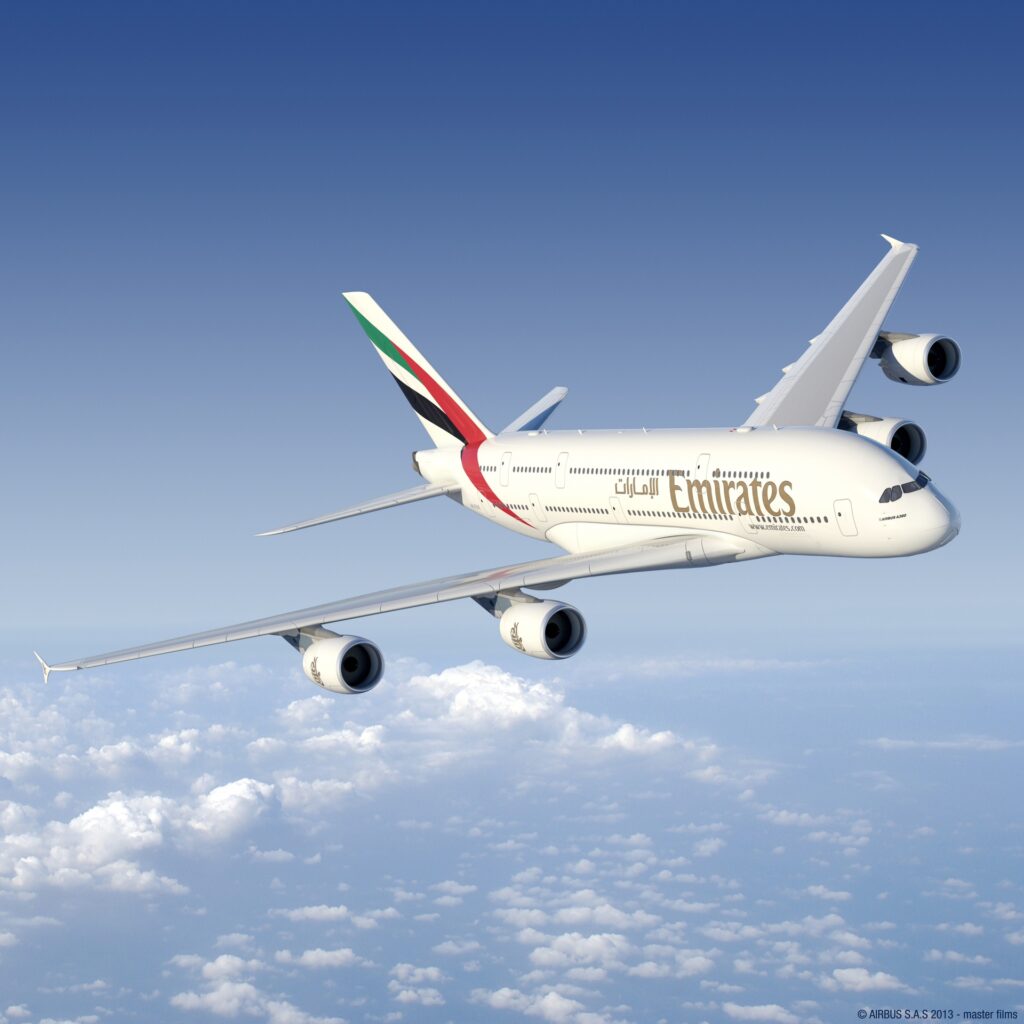 Flying on Emirates’ A380s is certainly an experience

That’s where Emirates came in. Having a reputation for impeccable customer service on their flights, the airline saw an opportunity to improve this with the new superjumbo. I don’t know if you’ve ever flown on one of the carrier’s A380s, but it sure is an experience, with an in-flight bar, showers, and lounge, on top of stellar first and business class comfort, the jet quickly became popular with all Emirate’s customers. At this point in time, the carrier is easily the biggest buyer of A380s, with apparently no plans in the future to begin phasing it out. “I still believe there is a place for the A380,” states Emirates president Tim Clark. Being one of the aircraft’s most die-hard fans, Clark seems determined to ensure that this airborne giant still has a place within his company at least, and it should come as no surprise – when I think A380, I think Emirates. It’s no wonder that the airline wants to keep the jewel of its fleet shining for years to come. “We have what I think is one of the most beautiful aircraft ever flown,” said Clark.

While Emirates still holds on to the past, Airbus are already looking to the future. The manufacturer has begun operations to repurpose part of the gigantic 122,500 square meter A380 assembly plant in Toulouse for narrowbody production. This comes off the back of increased demand for the manufacturer’s narrowbodies, owing to deals like the one announced last Thursday with Qantas, which sees the Australian carrier switching the entirety of its domestic fleet manufacture over from Boeing to Airbus. This really is the beginning of the end for the old girl, then. While Emirates will almost certainly keep using the A380 for as long as possible, with technology advancing as quickly as it is as well as the fact that spare parts and repairs for the superjumbos will now start becoming more and more expensive – it’s only a matter of time before the last of the sky giants is scrapped for parts.