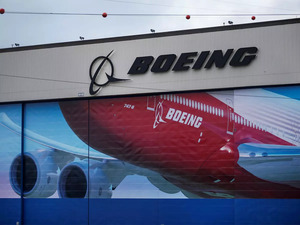 Manufacturers turn their backs on Russia

With European sanctions progressing, manufacturers Boeing and Airbus have joined the rapidly growing list of corporate giants turning their backs on Russia.

First Boeing, and now Airbus. The world’s largest aviation manufacturers have both ceased offering support and shipping spare parts to the Russian aviation industry. This follows the EU’s announcement last week to do the same and completes an incredibly crippling sanction package against Russian aviation. Some of the measures included within the package involve “shutting down EU airspace for Russian-owned, Russian-registered or Russian-controlled aircraft.” As explained by Ursula von der Leyen, head of the European Commission. This also extends to the private jets of Russian oligarchs, impacting heavily upon two major financial sources for the Kremlin. Boeing maintained their commitment to protecting its employees in the region, stating that “as the conflict continues, our teams are focused on ensuring the safety of our teammates in the region.” This is undoubtedly a large part of the manufacturing giant’s decision to suspend operations in and nearby the warzone. Russian forces have already demonstrated they will shell both civilian and military targets alike, so Boeing’s decision to pull out as quickly as possible seems like the right one to me. So, what does this mean for Russian aviation? Well, in short, it doesn’t look good. Still recovering from a pandemic more and more of the world is slowly turning its back on the industry, withholding crucial services and support which otherwise would have been key to its recovery. Now, aviation in the country essentially faces a complete standstill – even worse than the standstill it struggled through during the pandemic. What’s more, global airlines and aviation industries continue to recover unimpeded, meaning that Russian airlines will be at a massive disadvantage in the years to come in terms of competition.

This could very well be the end of Russian national commercial aviation, as other international airlines and corporations may be looking to acquire what little is left at a reduced cost once the war is over – aiding in their own growth and post-pandemic recovery. “With Western lessors also looking to repossess jets that are operated by Russian carriers, the Russian aviation sector is now on a footing that is similar to North Korea and Iran – and similar to where it was under Soviet rule,” wrote Vertical Research Partners analyst Rob Stallard. A massive step back from the 6% total airline capacity Russia enjoyed in 2021 then. What’s more, the chokehold enacted on the Russian industry via the spare parts embargo will see more and more of the country’s commercial jets becoming non-functional the longer the war drags on. A clever move to de-incentivize Putin from dragging this pointless conflict on any longer. If that man’s actions have taught us anything so far, however, it’s that he’ll just use this to fuel his own justifications for conquering Ukraine as quickly as possible. I do hope he sees sense soon, for his country’s sake as well as Ukraine’s.