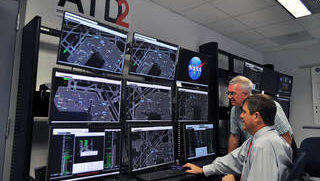 Efficiency, efficiency, efficiency. It’s all the rage within the aviation industry at the moment, as manufacturers and airlines compete to develop new technologies to improve upon fuel and flight efficiency. Not only will these advancements in tech save money, but they’re also helping the environment by reducing the amount of CO2-producing fossil fuel needed for a flight. Reduced flight times also means more incentive to travel – an element of commercial flights which is needed now more than ever, as airlines race to make flying as appealing as possible to recover from pandemic losses. I don’t know about you, but airlines offering reduced time to get from point A to B is always a plus in my books, and with the start of the holiday season, these next few months provide a golden opportunity for airlines to really rake it in. Readers may remember hearing about the US re-opening its borders to international travel earlier this month, allowing the crippled US commercial aviation industry to begin to recover from Covid. Great news for American holiday makers and airlines like American Airways, as they look to Europe for flights galore over Christmas.

There was a bit of a problem, however. Many airlines in the states are still suffering from crew shortages, leading to flight delays. I gave an example in a previous article of American Airways having to cancel a huge number of flights over the Halloween weekend, owing to a perfect storm of inclement weather and staff shortages leading to muddled crew timetables. It could very well be the case that airline employees need a bit of time to get back into the swing of things, and new technology from NASA looks set to make that process a lot easier. The company recently announced plans to implement a platform called the Terminal Data Flight Manager (TFDM), into the FAA’s airport surface management technology. When it comes to advancements in flight technology, I would say hedging your bets on one of the world’s aerospace giants is probably a good idea, especially considering the range of benefits TFDM looks to bring to the 27 US airports it is being integrated into. According to Nasa, the platform will improve aircraft efficiency in taxi and take-off manoeuvres, therefore reducing overall emissions through saving fuel, as well as giving airlines and passengers more flexibility in the time before the craft departs from the gate.

The software does this through calculating optimum gate pushbacks through time-based metering (basically automatically deciding when the best time for an aircraft to leave the gate is.) This minimises taxi and holding times, meaning craft get from gate to sky much faster. “Our flight scheduling technology, which makes it possible for personnel to better coordinate the movements of aircraft while they’re at the airport, will soon help ensure more passengers get off the ground and home for the holidays faster and more efficiently than ever before” – states NASA administrator Bill Nelson. The software itself has been tested over a period of four years at both Charlotte-Douglas International Airport and Dallas Fort Worth, where it demonstrated emission savings in the range of 8 tons of carbon dioxide daily. “As we deploy this software, the travel experience gets better for passengers while aviation’s emissions decrease. It’s a win-win,” states FAA Administrator Steve Dickson. A bit of good news for American holidaymakers and airlines, then, heading into the holiday season. Here’s to hoping we see a lot more technology like this being developed in the future.