Home » New Technologies » Next Step Forward in Vertical Aerospace’s Plans for the Future.

Next Step Forward in Vertical Aerospace’s Plans for the Future. Jobs 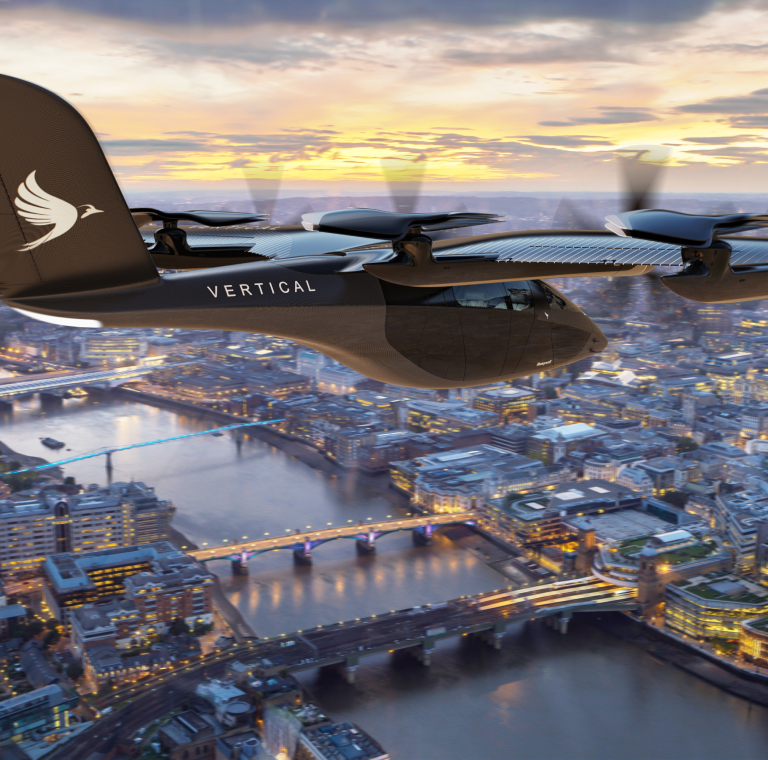 If you had told me ten years ago that I may be flying around in a cross between a prop aircraft, helicopter, and taxi in the 2020’s, I’d have laughed you out of the room. The jokes on me now, though, as Bristol based aerospace company Vertical Aerospace announced this Monday their plans for a collaboration with Heathrow airport. The collab would see the company exploring potential operation of their eVTOL craft, the VA-X4, from the airport. This comes as interest in the urban air transport space is increasing, alongside heavy industry wide pushes for increased environmental sustainability.

Readers may remember hearing about the founding of an ambitious new company by the CEO of OVO energy, Stephen Fitzpatrick, back in 2016. Since their inception, Vertical Aerospace has displayed the modus operandi of “revolutionising urban air mobility and electrifying air travel”, according to their website. A comment they appear to be delivering on, as since then the company has grown to include over 120 employees from various technologically advanced sectors such as Formula 1 – as well as Energy and Defence. On the topic of Formula 1, the company actually purchased F1 engineering group MGI consultancy back in 2019, renaming it Vertical Advanced Engineering. Combining the engineering know-how of F1 with a focus on electronic urban transport is a new idea, but one that seems to have played out well for Vertical. In the years running up to 2020, the company demonstrated how they were putting all that engineering proficiency to good use. They developed the world’s first fully electric VTOL in 2018, closely followed by the world’s first ‘electric air taxi’, called Seraph, in 2019. These developments attracted the interested of international investors, with partnerships secured with firms such as Rolls-Royce, Solvay and GKN aerospace. On top of this, they managed to secure a spot on the UK’s ‘Future Flight Challenge’, giving them access to £125 million for research into green travel. Clearly making waves, the company rode their momentum into 2021, where they revealed their new aircraft for urban air mobility – the VA-X4. The hybrid plane-helicopter-taxi certainly demonstrates an innovative step forward for the urban air transport industry. The craft is “designed to be a high performing aircraft, able to connect entire regions as well as carrying out shorter missions”, according to Vertical. The VA-X4 seems like a dream come true for those looking to live out a modern Sci-Fi fantasy. This reveal saw conditional pre-orders come flooding in from: American Airlines, Avalon, Virgin Atlantic, Marubeni Corp, Iberojet and Bristow Group, totalling an estimated $5.4 billion in revenue. Vertical plan to start high-scale production of the craft in 2024, so it (hopefully) won’t be long until we can enjoy the ‘Uber of the skies’

Modern Flying With The VA-X4.

The VA-X4 demonstrates the pinnacle of Vertical’s aerospace engineering efforts. An all-electric VTOL, the craft is capable of a maximum speed of 202 MPH, with capacity for 4 passengers and 1 pilot, plus luggage (450KG). On top of this, it is EASA/CAA compliant, generating zero carbon emissions over its 100+ mile range, as well as being 100x quitter than a standard helicopter. I think you’re starting to see why the craft is a potential industry leader for modern urban air travel. Zero emissions means zero pollutants ejected over cities, minimal noise disturbance and the capability to take off and land pretty much anywhere. Touted as available to “airlines and local transport partners” on Vertical’s website, hopping in a VA-X4 could become as commonplace and easy as ordering a taxi, for around about the same price! Passengers would also be treated to aerial views of their city, with a skylight and large side panel windows allowing for a very unrestricted field of view. Creature comforts are included as well, with USB chargers for phones as well as luggage storage under seat. The impressive top speed is obtained through the use of 8 propellers powered by 8 electric motors fitted to the craft’s 15-metre wingspan. To put the anxious flyers at ease, the craft will also feature Distributed Electric Propulsions. This system works on the premise of having multiple propellor and motors on an aircraft, so that if one or more fail, the rest can land the craft safely. On top of this, the all-electric design means exponentially less parts are needed for the motors and propellors – reducing the risk of a breakdown. All in all, it’s a clever bit of kit. I personally am looking forward to cruising the city skyline when the craft becomes available in 2024. 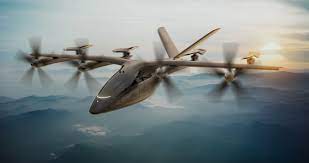 Now, you might be starting to see why Heathrow is interested in collaborating with Vertical. The VA-X4 offers a unique business opportunity, not only a zero emission, fast mode of transport from the airport, but also a niche market which Heathrow seems keen to have a share of. With the airport still recovering from the pandemic, this collaboration could see more much needed custom flowing through the airport. On top of this, the collaboration may create potential sustainable job opportunities – demonstrating the airports willingness to meet the government’s ambitions for net zero on Carbon emissions by 2050. Chris Annetts, Heathrow’s Chief Strategy Officer, weighed in on this, explaining how “this emerging technology has the potential to reduce congestion and pollution on local roads, while providing passengers with a best-in-class experience”. The collaboration could see VA-X4’s taking passengers from Heathrow to London in 12 minutes as early as the mid-2020s. While the move would pose significant regulatory challenges, both parties seem confident that they will be able to provide the latest in urban air transport by the middle of the decade.