No Cold Feet for Qantas Jobs 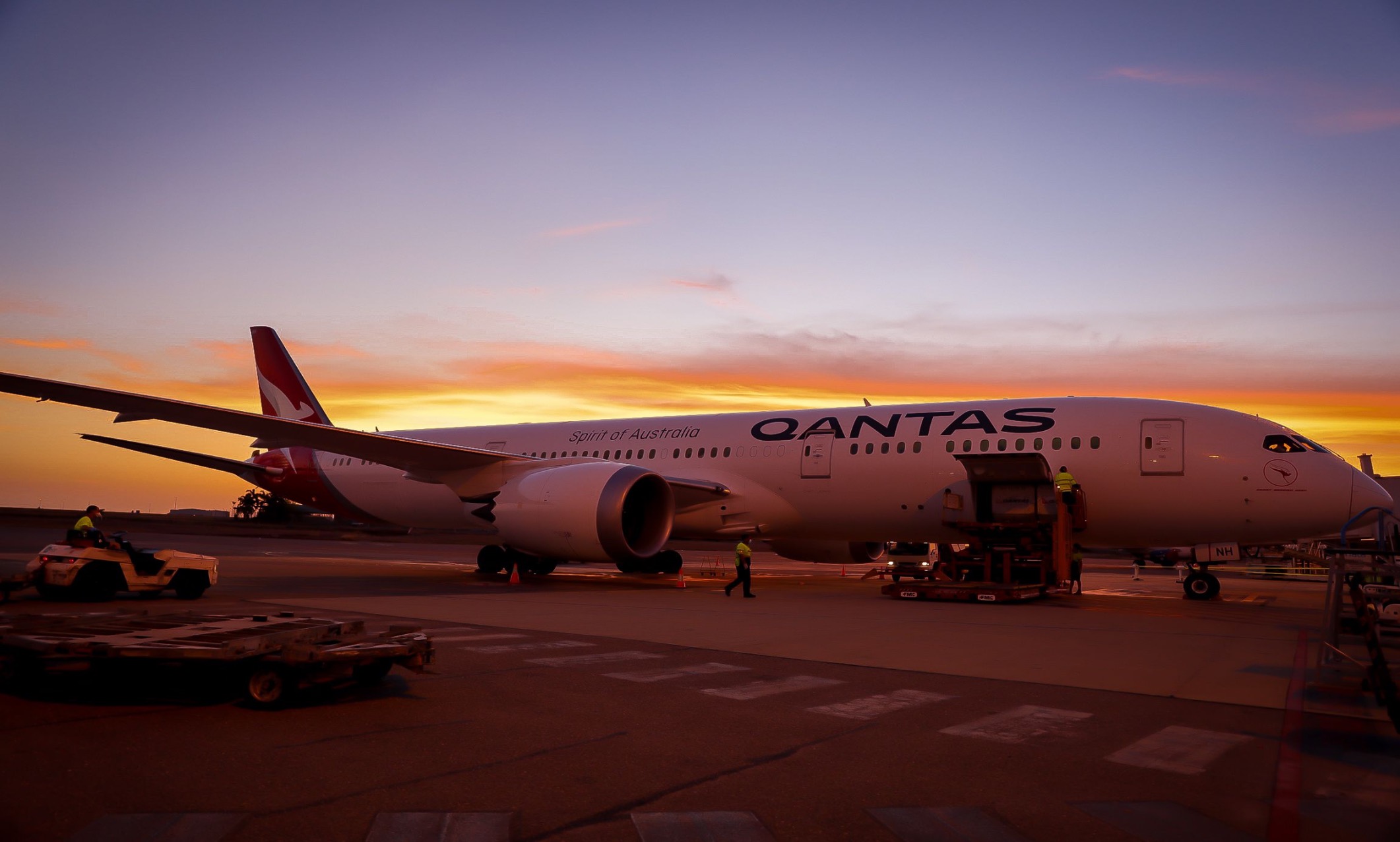 Australian airline Qantas Airways completed its longest ever non-stop commercial flight on October 6th, taking its passengers over the Antarctic on their 15,020-kilometre journey.

After experiencing multiple lockdowns, I think it’s safe to say that most of us have become well accustomed to staying inside all day, with little to do except twiddle our thumbs and wait for something to happen. While this may seem a bit… dull, spare a thought for the brave souls who recently endured a whopping 17 hour and 25 minute Qantas flight from Buenos Aeries to Darwin – the longest in the airline’s history. One of the airline’s Boeing 787-9 Dreamliners (nicknamed ‘Great Barrier Reef’) completed the repatriation journey, described by Qantas as “522 kilometres further than the airline’s regular scheduled non-stop Perth to London flights, which took off in March 2018 before they were paused due to the closure of Australia’s international border.”

Despite the inevitable cries of bored babies, the general stuffiness, and the frustration of being stuck in the same seat for over 17 hours, the repatriated 107 Australian citizens were happy to be on their way home. Since Australia closed its international borders due to the pandemic, Qantas has worked closely with the Australian government to try and bring home the 38,523 Aussies still stranded abroad. While this figure was recorded back in August, it is only the official figure from Australia’s Department of Foreign Affairs – the true number (including those not registered with the government entity) may total even more.

Great challenges require a great effort, and Qantas has clearly stepped up to the plate in this regard. The operation was a good month in the making, with a team of flight planning analysts extensively monitoring the weather and wind conditions across the Pacific Ocean and Antarctica to devise the best route for the flight. Captain Alex Passerini had nothing but praise for the efforts of the airline’s team, stating that “Qantas has always stepped up to a challenge, especially when it comes to long-haul travel, and this flight is an excellent example of the capabilities and attention to detail of our flight planning team. There were some truly spectacular views as we tracked across Antarctica, which was an extra bonus for our passengers who were very glad to be coming home.”

Spectacular views indeed – in a similar fashion to Qantas’ ‘flightseeing’ service (where passengers enjoy a 12-hour flight to and from Australia, with dramatic views of Antarctica being the main selling point), passengers on the QF14 flight were treated to a once-in-a-lifetime view of the Antarctic ice shelf. The hardiness of the Dreamliner shone through here, as passengers taking in the view were likely unaware of the nippy -75°C temperatures reached while the airliner cruised over the tundra. The journey’s length and the extreme temperatures weren’t enough to give the Qantas flight crew cold feet, however. With an average headwind of 35 kilometres an hour, daylight hours for the majority of the flight and overall smooth conditions, the four pilots responsible for the plane’s safe flying made the long-haul flight look easy. Now that they’ve proven they can do it, more (very) long-haul flights may be on the cards for the Australian airline – whether or not they’ll have the same stunning views as flight QF14 remains to be seen.

Image taken from inside flight QF14, courtesy of Qantas Airways.