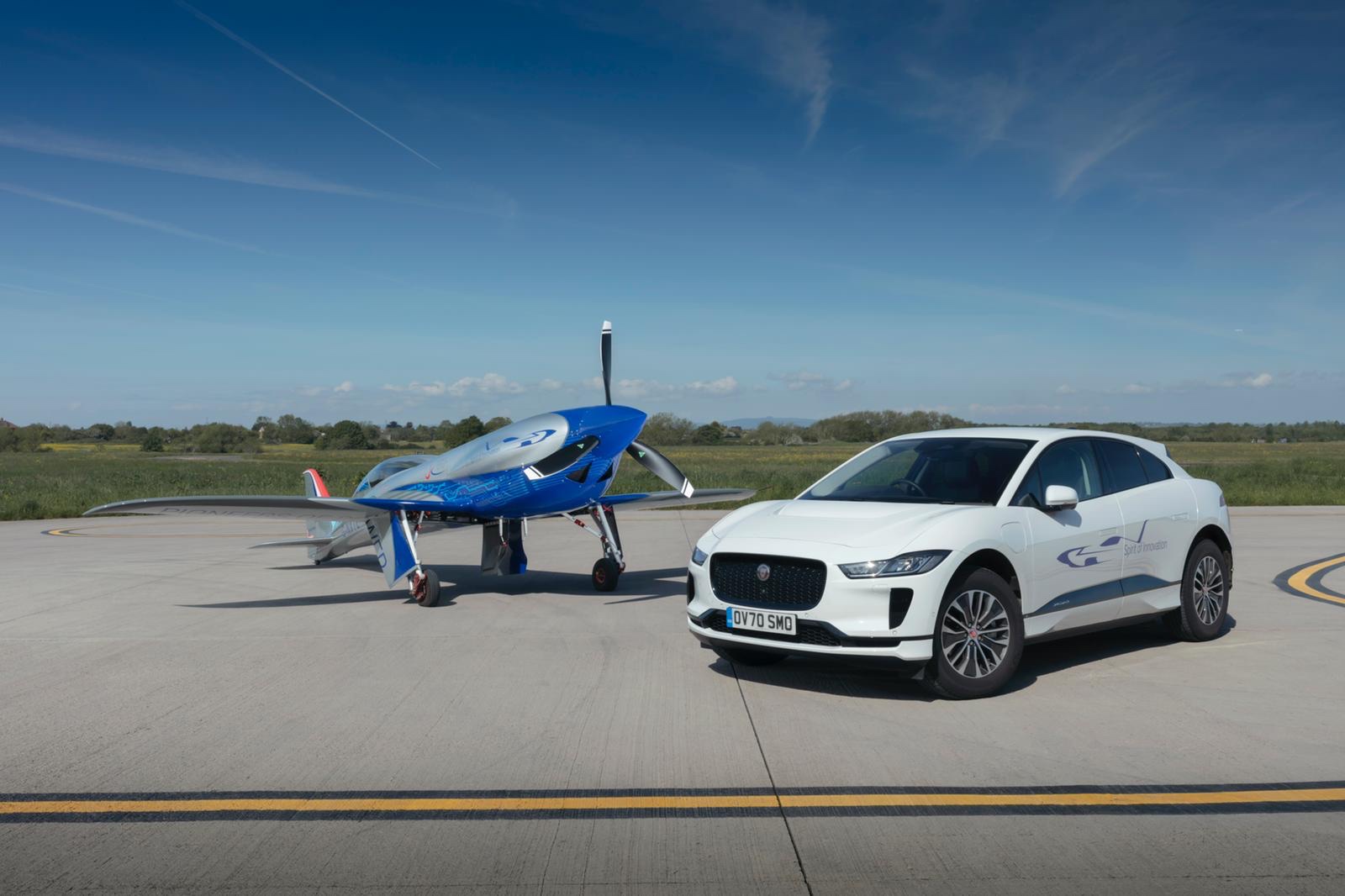 Rolls-Royce’s all-electric aircraft “The Spirit of Innovation” will receive ground support from Jaguar Land Rover’s zero-emission I-Pace cars. Rolls Royce believes this partnership will be vital for their upcoming attempt to break the world speed record for electric aircraft.

Within the upcoming weeks, the aircraft will attempt to reach 300+ mph (480+ km/h) to break the current record of 213mph 342km/h. Rolls Royce created the aircraft as part of their “Accelerating the Electrification of Flight” (ACCEL) programme. The company have stated that the world-record attempt will be entirely carbon neutral.

An aircraft set to break records

The creation of the Spirit of Innovation came from a three-way partnership between Rolls Royce, aviation start-up Electroflight, and electric motor and controller manufacturer, YASA. The aircraft acts as a figurehead for the ACCEL program, aiming to lower aviation emissions and promote electric flight.

With an electric propulsion system capable of delivering 500hp, the Spirit of Innovation has turned heads across the aviation industry. Even before its world-record attempt later this month, the aircraft has already broken records by having the most power-dense pack ever created for an aeroplane – with a single charge supplying enough energy to fuel 250 homes.

And Jaguar Land Rover’s inclusion in the project also demonstrates their ambitions to decarbonise their footprint – with a goal of net-zero carbon emissions in their operations by 2039.

Jaguar’s I-Pace range is a line of entirely electric SUV’s which will be capable of offering towing and support for the ACCEL project. They were first announced in March 2018 and can reach 292 miles (WLTP) on a single charge.

“We’re delighted to be supporting another great British pioneer Rolls-Royce and their team as the ‘Spirit of Innovation’ aircraft brings electrified aviation into the nation’s psyche with this incredible 300mph record attempt”.

The Aerospace Technology Institute (ATI) and the Department for Business, Energy & Industrial Strategy and Innovate UK supplied half of the project’s funding. The world-record attempt could significantly boost British aviation, with electric aircraft being viewed by some as a critical technology for the future.

And Jaguar shares this optimism with Glover stating that the Spirit of Innovation will bring “electrified aviation into the nation’s psyche with this incredible 300mph record attempt”.

Flightcon.net wishes the team the very best ahead of their flight.