We Have Lift Off: NASA’s Ingenuity Helicopter Makes History with First Flight on Mars Jobs 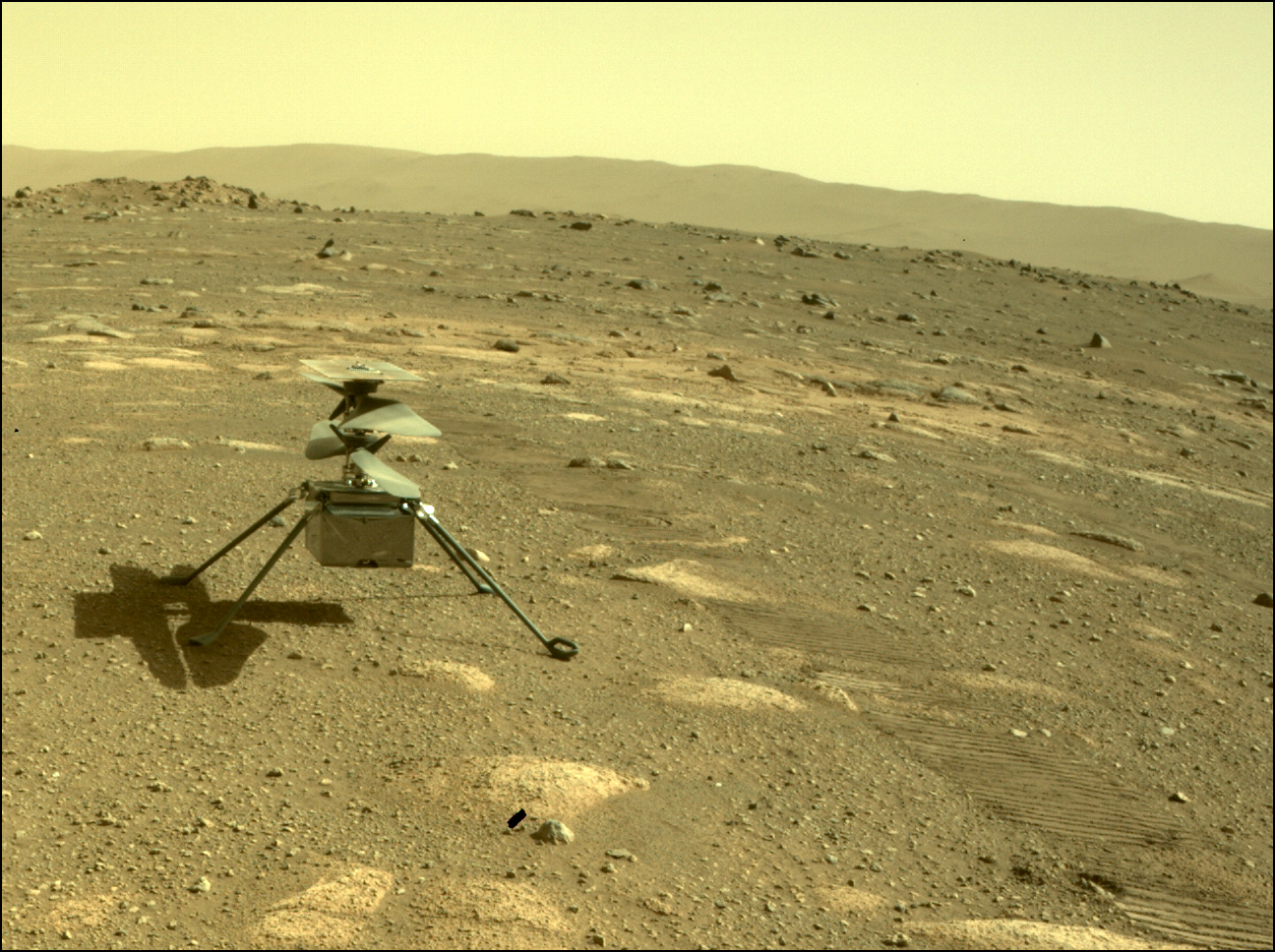 NASA’s Ingenuity Helicopter has secured a huge milestone in aviation history – completing the first controlled flight on a planet other than Earth. The autonomous helicopter, brought to Mars as a side-mission to the Perseverance Rover project, has completed its first flight in what NASA engineers previously stated would be its “Wright Brothers moment”.

“We don’t know exactly where Ingenuity will lead us, but today’s results indicate the sky – at least on Mars – may not be the limit.”

The Mars helicopter should now continue to complete test flights spanning incrementally further distances. The tests arrive as part of NASA’s investigation into autonomous aviation in atmospheres on other planets.

How the flight happened

On April 19th at 6:46am EDT, data sent from the helicopter confirmed the first flight of the Ingenuity helicopter, to the team leading the project from NASA’s Propulsion Laboratory in Southern California.

Ingenuity is entirely autonomous, and not controlled by the team back home. This is due to the distance between Mars and the Earth and the lag that creates. For this project to work, production involved including advanced onboard guidance, control and navigation systems- all capable of ensuring the helicopter could fly in the difficult conditions on Mars.

Steve Jurczyk described it as, “a space exploration goal once thought impossible”. Still, at 3:34am EDT, or 12:33 Mars time, Ingenuity became airborne and proved that flight was possible on Mars. The time of the flight was a calculated choice by the Ingenuity team, who deemed it the optimum time for solar energy and flight conditions.

The Altimeter data sent back to Earth showed that the helicopter flew for 39.1 seconds and reached a maximum altitude of 3 meters. Assisting Ingenuity was the partner of its space voyage, the Perseverance rover, who acted as the communications relay between Earth and the Mars helicopter.

Perseverance also stood in as photographer for the historic first flight and captured images of Ingenuity in the air. The team will use these pictures to garner additional information on the flight – these images will be useful for future projects.

“That this project has achieved such a historic first is testimony to the innovation and doggedness of our team here at JPL, as well as at NASA’s Langley and Ames Research Centers, and our industry partners. It’s a shining example of the kind of technology push that thrives at JPL and fits well with NASA’s exploration goals.”

However, NASA were keen to recognise the spirit of the Wright brothers, owing to the their influence on Ingenuity’s success. As an homage to them, NASA marked the first airfield on another planet as the ‘Wright Brothers Field’, which NASA Associate Administrator for Science, Thomas Zurbuchen said was “in recognition of the ingenuity and innovation that continue to propel exploration”.

It took a sustained effort over many years to construct an aircraft capable of traversing Mars’ harsh landscape and thin rarefied atmosphere. JPL engineers and other NASA employees worked tirelessly over the last eight years, testing various prototypes in space simulation chambers.

This observed the aircraft’s structural strength, how it’s landing gear would cope on the Martian surface, and whether it could handle higher radiation levels. These tests all ensured that Ingenuity has the best chance possible of succeeding in its mission.

There were vital conditions that the aircraft was required to meet before the Mars 2020 mission could take place. One of these is the ability to survive in Mars’ -62°C average climate. Each component needed proofing for the extreme cold before the aircraft could pass its final evaluation.

The helicopter was subject to thermal tests to see its resilience against Martian night-time, where the temperature drops exponentially lower. One of Ingenuity’s key features is a programmable thermostat, maintaining its temperature perennially and preventing damage.

However, this also necessitated specially designed batteries and solar panels so that the aircraft’s components can be self-sustaining during its tenure on Mars.

These features are part of the inspiration behind the helicopter’s iconic name – picked as a selection from NASA’s “Name the Rover” contest. Vaneeza Ruppani, an 11th-grade high school student in Northport, Alabama, originally suggested Ingenuity as the name for the Perseverance Rover.

But officials at NASA used the high schooler’s suggestion for the helicopter instead, feeling that the name perfectly captured the creative spirit and innovation that went into the production process for the one-of-a-kind Mars helicopter.