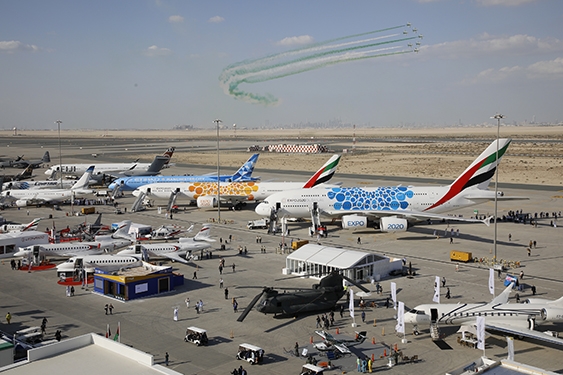 After an eventful first couple of days, the 2021 Dubai Airshow ends quietly, with Airbus clearly dominating throughout the show.

It’s been an eventful five days at Dubai’s Al Maktoum International Airport. As the first iteration of the bi-annual Dubai Airshow since the Covid pandemic began, 2021 was a big year for airlines and manufacturers displaying the latest tech and securing big contracts. Around $78billion worth of deals were finalised at the show, easily beating the $49 billion generated at the last show in 2019. This year, Airbus easily came out on top, securing 408 total units sold, compared to Boeing’s 101. A disappointing week then for Boeing, with the majority of their units sold being freighters; the manufacturer failed to secure commercial deals which could even begin to rival Airbus. On top of this, despite showing off their new 777X, Boeing were reluctant to launch the freighter variant of the aircraft at the show. Their chief of sales, Ihssane Mounir, stated that “Boeing is not yet at a point to launch it or announce customers.” Considering the large number of freighter orders the manufacturer received, not launching their latest freighter could have cost them a fair bit of custom. This decision may have been made owing to potential difficulties in ‘advanced talks’ with airlines over the potential purchase of their new 777X freighter. Air Lease Corporation allegedly turned down a Boeing pitch for this aircraft, preferring instead to purchase their latest A350 variant. Whether this caused other potential customers to become hesitant with 777X freighter orders is unknown, but Boeing’s decision to not move forward with any order announcements for the aircraft at the show would indicate this may be the case. 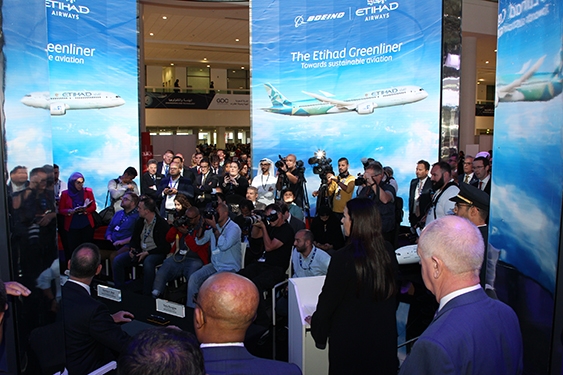 Despite this disappointment, however, Boeing’s 777X demonstration at the start of the show clearly demonstrated their new aircraft’s impressive specifications in action. This demonstration will almost certainly help them add further orders to their rapidly growing order list ahead of the craft’s planned 2024 introduction into the commercial space. Sustainability was also a key point in this year’s airshow, with sustainable initiatives being demonstrated by airlines as well as manufacturers. Etihad brought along their 787-10 Greenliner, an aircraft specifically designed under their Greenliner partnership programme with Boeing. This craft is designed to test new sustainable technologies for future application, as well as signpost the airline’s commitment to a greener aviation industry. On top of this, Boeing showcased their ‘EcoDemonstrator’, a specialised 737-9 flying for Alaska Airlines, which also seeks to test out advancements in sustainable tech and fuel efficiency. It does seem apparent that Boeing demonstrated their commitment to a sustainable industry in a much more ‘obvious’ way than Airbus. With schemes like Corsia rapidly taking effect, this may come to haunt Airbus in the near future, as airlines look to invest in whichever manufacturer can provide them with the best new green tech. All in all, it’s been a productive airshow for the industry in general. It’s just a shame we have to wait two years for the next one!