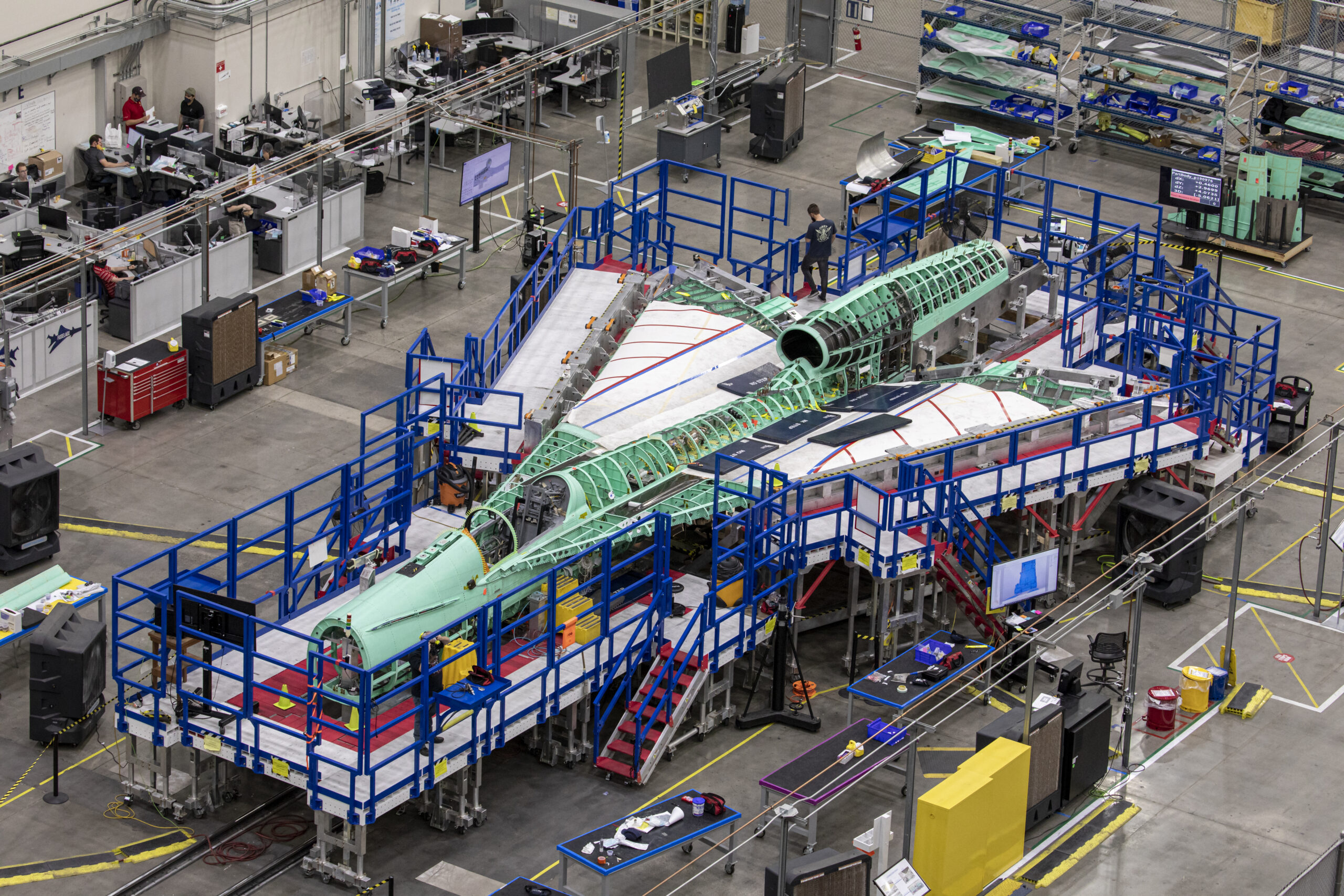 “We’ve now transitioned from being a bunch of separate parts sitting around on different parts of the production floor to an airplane,” said Jay Brandon, NASA chief engineer for the Low Boom Flight Demonstrator (LBFD) project.

NASA’s X-59 QueSST (Quiet SuperSonic Technology) is under construction at Lockheed Martin Skunk Works in Palmdale, California, and is designed to fly at supersonic speeds without producing a startling sonic boom for people on the ground.

“The extensive use of features and pre-drilled, full-size fastener holes has significantly reduced the time it takes to locate and fit parts, especially mating large assemblies like this,” said David Richardson, Lockheed Martin program director.  “It is sort of like how Legos go together.  We used the laser tracker to make sure it is all aligned per the engineering specs before we permanently bolted it all together.”

The aircraft’s fuselage contains the cockpit and helps define the shape of the X-59. Eventually the 30-foot-long nose of the aircraft will be mounted to the fuselage. The pilot will see the sky ahead through a 4K computer monitor, which will display complex computer-processed imagery from two cameras mounted above and below the X-59’s nose.

The wing – the most recognizable part of the airplane was “the most complicated section and first section of the X-59 that was fabricated by Lockheed Martin,” explained Richwine. Housed within the 29.5-foot-wide wing are the aircraft’s fuel systems and a large portion of its control systems. The tail assembly contains the engine compartment. This section is built with heat resistant materials that protect the aircraft from the heat given off by the X-59’s GE F414 engine.

The engine is mounted in the upper section of the X-59 and is one of many design elements that will ensure the aircraft is shaped to produce a quieter noise to people below. 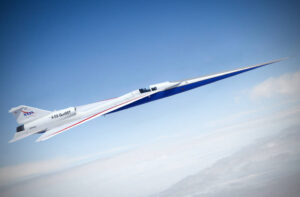 In 2023, NASA will fly the X-59 over the test range at the agency’s Armstrong Flight Research Center in California to prove it can produce a quieter sonic thump and is safe to operate in the National Airspace System. More than 175 ground recording systems will measure the sound coming from the X-59.

During 2024, NASA plans to fly the X-59 over several communities around the nation to gauge people’s response to the sonic thump sound produced by the aircraft – if they hear anything at all. The feedback from these communities will help the Federal Aviation Administration and the International Civil Aviation Organization for their consideration in changing the existing bans on supersonic flight over land.

If rules do finally change because of NASA’s data, a new fleet of commercial supersonic aircraft become increasingly viable, allowing passengers arrive from distant destinations in up to half the time it currently takes.

Though the single-piloted X-59 will never carry passengers, aircraft manufacturers may choose to incorporate its technology into their own designs.

For now the world watches and waits for the X-59 to fly and the regulators to decide.